The school, although immortalised in fiction as a famous school of swordsmanship, is a holistic martial art (Sogo Bujutsu). It encompasses a comprehensive jujutsu (yawara) syllabus, which since the demise of the Samurai towards the end of the Edo period and the prohibition of wearing swords at the beginning of the Meiji period has become a major focus within the tradition. Yagyu Shingan ryu's weaponary syllabus not only includes the Katana (Batto and Kenjutsu) but many others, including but not limited to yari, kodachi, yoroidoshi and the three stable weapons - jingama, bashin and hananejibo. The encompassing nature of the style also includes Shuriken, Torite, Hojo Jutsu, Bojutsu, Kappo (healing & resusitation methods), Shinpo (esoteric teachings) and numerous other ancient art forms. It is this tradition, in its entirety, which has been preserved throughout the generations. 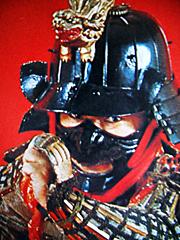